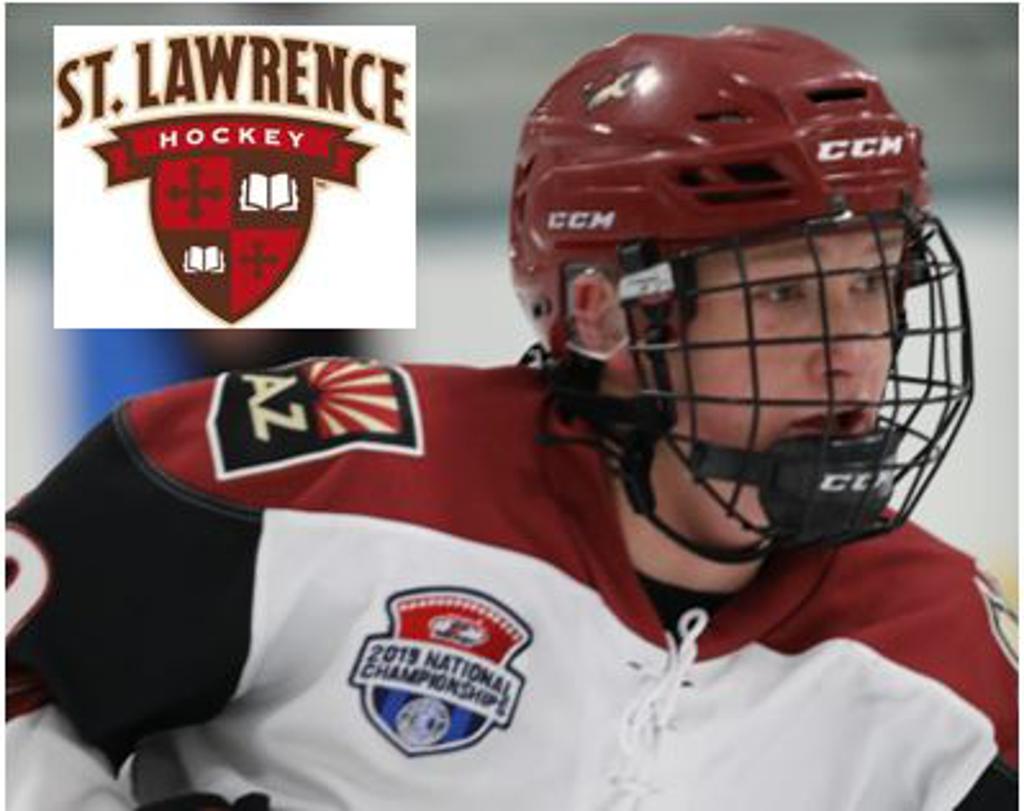 The Jr. Coyotes Elite program is proud to announce that former player, Sam Deckhut, has made his verbal commitment to play NCAA D1 hockey at St. Lawrence University.

Deckhut was a standout forward for two seasons for the 15O and 16U Coyotes, and was part of two consecutive State Championship and USA Hockey Rocky Mountain District Championship teams. This season he is finishing his senior school year with Salisbury Prep School in Connecticut. Sam originally grew up in San Diego CA and moved to Arizona to play for the Jr. Coyotes. Known as a talented, smooth skating 200FT centerman, the 17 year old Deckhut tallied at a point-per-game pace while in Midget AAA hockey.

Sam will be the 2nd recent Jr. Coyotes to suit up for the Saints and will soon join former Jr. Coyote, Carson Dimoff (99) out in Canton, NY. He is now added to the constantly growing list of college commitments from the state’s strong 2002 born skaters. Thus far, this college group includes Riley Stuart (ASU), Matthew Knies (Minnesota) and Josh Doan (ASU). The entire Jr. Coyotes program would like to congratulate Sam and his family on his exciting achievement!