Current and Former Jr. Coyotes Make Headlines in May 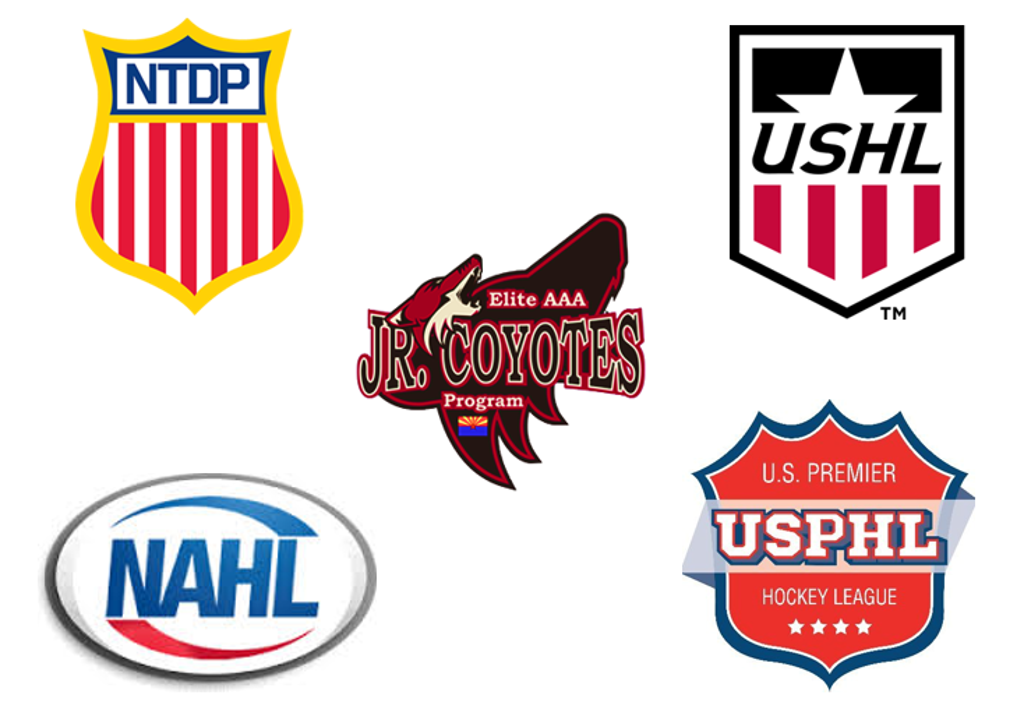 Current and Former Jr. Coyotes Make Headlines in May

The month of April is typically known as the end of the current youth hockey season, while May feels like the start of the new year with team tryouts. This period is also important for youth players looking to move upwards with various junior tryouts along with different leagues holding their drafts. Many of the  country’s top teen-aged players also participate in USA Hockey’s National Training Development Program selection process with a goal of being asked to the final camp in New York this year.

The CAHA program was well represented in the USA Hockey pipeline with numerous players being selected to participate in this year’s final camp. Niko Benjamin led the way with being selected at the 2004 birth year, while Midget 15O standout (F) Reid Morich was given the nod at the 2005 level. Former Jr. Coyotes defensemen Bowen Burke and Drew Mackie were also selected at the 05’s level and will join Morich in New York. The 2006 birth year was rich with talent with (G) Ben Vatis and (F) Hayden Hastings getting the coveted call from USA Hockey. Former Jr. Coyote (F) Daniel Rassega was also awarded the opportunity to train with the best in July.

The Jr. Coyotes also had a number of current and former players selected this spring in junior league drafts such as the United States Hockey League (USHL), North American Hockey League (NAHL) and the National Collegiate Development Conference (NCDC). The USHL held their ‘Futures’ draft in late May for 2005 born skaters, where Ryan DeAngelis was selected to the Chicago Steel and former Coyote Bowen Burke was called to the Madison Capitals and Drew Mackie was selected to Des Moines. A few weeks later it was time for the NAHL draft where ’04 (D) Brasen Boser heard his name called to the Minot, ND franchise, while former Coyotes star player ’02 Sam Deckhut was selected by the St. Cloud Norsemen. The NCDC also reached into the Coyotes talent pool in May with the Utica Jr. Comets (NY)  choosing two current Coyotes with ‘04 Niko Benjamin and Caden Butler hearing their names called for the strong junior league out East.

The Jr. Coyotes would like to congratulate all our current and former players on being recognized nationally over the last month. We know these players will all continue their hard work and represent the Jr. Coyotes logo proudly wherever they skate this summer and beyond.