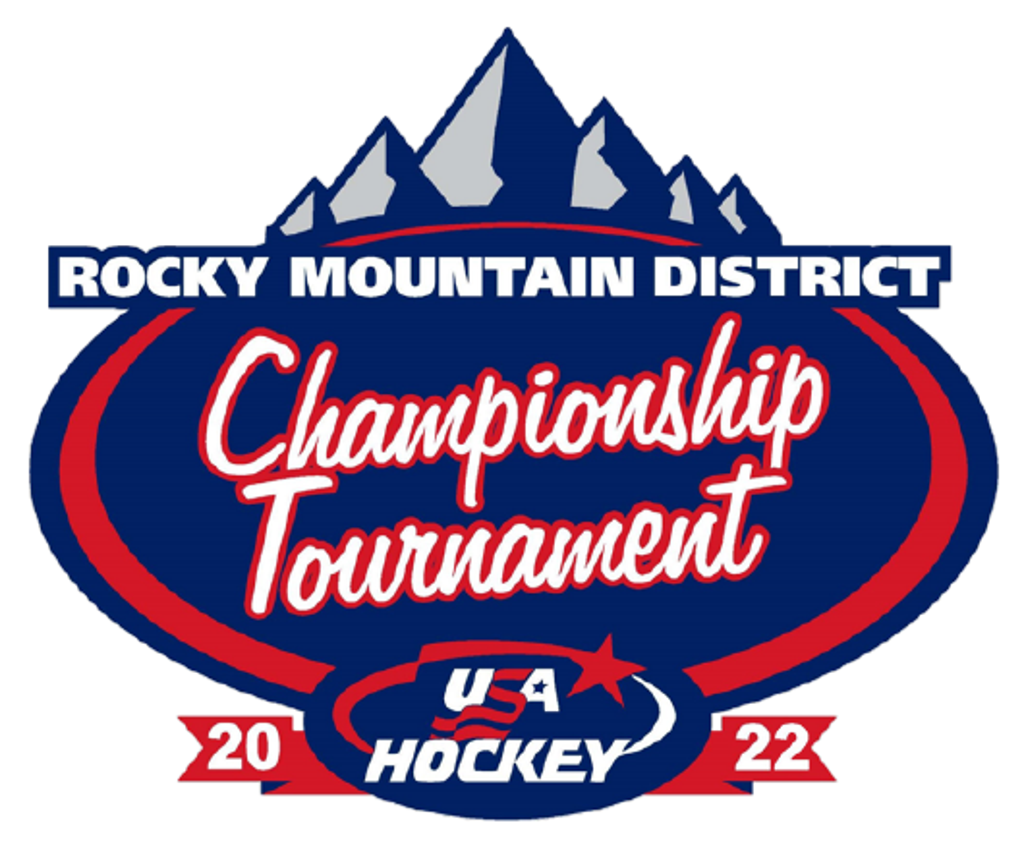 Many of the Jr. Coyotes’ familiar foes were ready to clash at the Rocky Mountain District Championships in Dallas March 11th to 13th. Along with our 18U,16U,15O and 14U teams, the Colorado Thunderbirds, Dallas Stars and RM Rough Riders had representation at all the Tier 1 levels. The winner of this annual four team tournament are able to punch their ticket to the USA Hockey National Championships held annually in early April. All CAHA teams showed well in this event and were in the mix for the championship games on Sunday.

The 16U Coyotes led the way this year with top level execution and consistency at the event coming through with a championship win vs Dallas 3 to 1 (en). The Coyotes fought through the round robin portion to arrive at the final game with a 1-1-1 record that gave them enough points for the 2nd seed and an opportunity into the final, On the weekend, they began with a tough 1-3 loss to Dallas, but quickly rebounded with a shoot-out win vs the Thunderbirds to save their season. They were down 0-1 with 22 seconds left in regulation when they tied it to send the game to OT and then to a Shootout. The team’s goaltending was solid in net all weekend for the ‘yotes, and all members of the team played tremendous team-first hockey. The final vs Dallas was another close event with the game knotted up at 1-1 after two periods. The Coyotes broke through late and secured this exceptional championship with an empty net tally with .45 seconds remaining in the game!

In the Bantam 14U bracket, the 2007 team was skating through some tough round-robin games with wins vs T-Birds, Rough Riders and Dallas. This set the stage for a re-match for the championship title vs Dallas where the Coyotes came up a bit short ending with a 3-6 loss to the highly ranked Stars. The 14’s were giving their best all weekend and played some exceptional high-pressure hockey. They will be even more experienced for next year at 15O!

The very talented Midget 15O team had a difficult weekend with tough losses against the T-Birds and Dallas. Their overall game was excellent but they found themselves with an off weekend with scoring goals. It had never been a problem this year, but the team had a bit of an outage in these games finding the net. They were clearly marked well by the opposition as being the team to beat at Districts. The season ended for the group prematurely, but there is no question that they had an amazing year of development with a 48-20-1 record overall and a #14 national ranking!

At Midget 18U the Coyotes came out blazing with the intention of getting to the championship game and giving themselves a chance to move onto Nationals. The hard-working group came up a bit short with them needing to beat Dallas in regulation with the final round robin game, but unfortunately were only able to secure 2 points with a win in the Shootout. They ended the season on a high note with that win, but it was not enough to get them into the Championship game. The group had a strong year together at the highly contested 18U AAA national level and ended up 20-21-0 on the season.

Congratulations to all on a well-played season! We are extremely proud of all our teams who showed so well at the RMD Tournament and gained some valuable experience for next year! Good Luck to the Midget 16U team for their entrance into the National Tournament in Rochester, Michigan March 30th to April 4th.