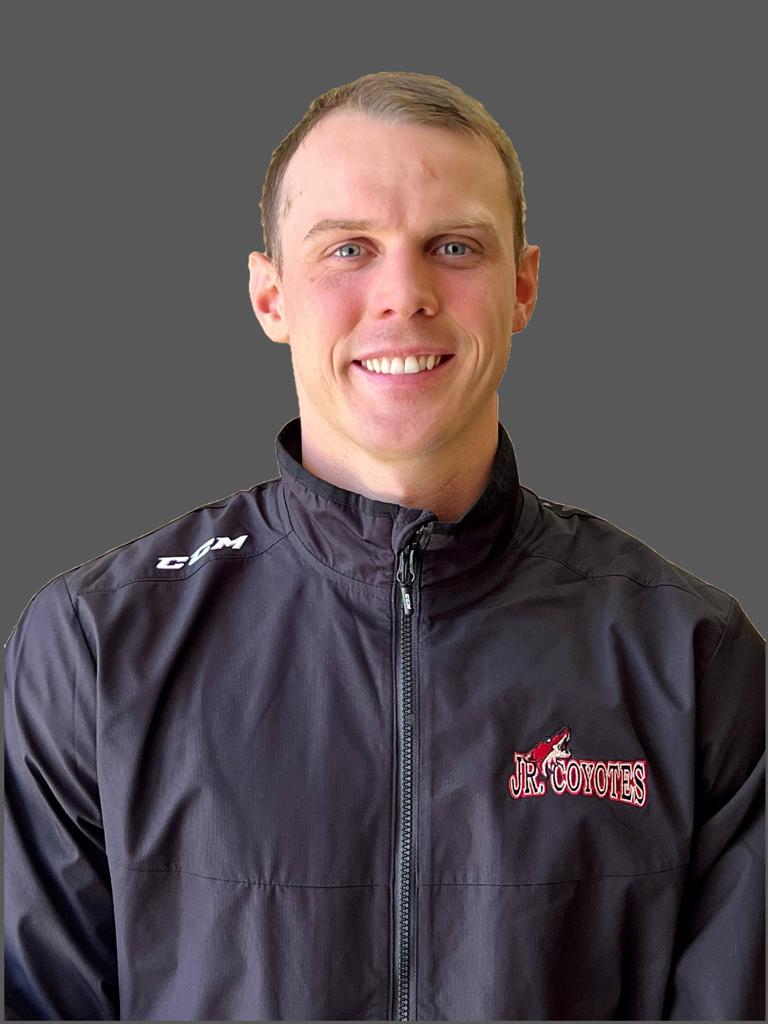 The Jr. Coyotes are pleased to announce the hiring of former Jr. Coyote goaltender and Canadian Hockey League standout Brendan Burke to the Jr. Coyotes team as the Director of Goaltending.

A Scottsdale native, Burke played all his minor hockey within the Jr. Coyotes program. After competing at the 16U level for the Jr. Coyotes in 2010-2011, Burke embarked on a five-year journey in the Canadian Hockey League, first with the WHL’s Portland Winterhawks, from 2011-2015, where he was part of a WHL championship squad in 2013, followed by brief stints with the Calgary Hitmen and the London Knights of the OHL.  While a member of the Knights, Burke captured a Memorial Cup and was the recipient of the Dave Pinkney Award, given to the top goalie tandem in the OHL.

Selected 163rd overall in the 2013 NHL Entry Draft by his hometown Coyotes, Burke elected to pursue his academic and athletic goals following his five years in the CHL, heading north to the University of Alberta where he won three Canada West Titles and one National Championship in 2018.

In addition to his on-ice accolades, Burke was a 2020 Academic All-Canadian award recipient and was nominated for UAB’s prestigious Randy Gregg Award, presented to a student-athlete who excels on the ice, in the classroom and in the community.

After Burke graduated from the University of Alberta with a degree in Business Law and Economics, he worked as a coach for the Total package Hockey Academy while helping with various Jr. Coyotes teams form 2020-2022.